Friends of Alice Concert with Tatiana Hargreaves and Reed Stutz 3/30/21 at 5pm
For donations paypal conwayec@email.unc.edu 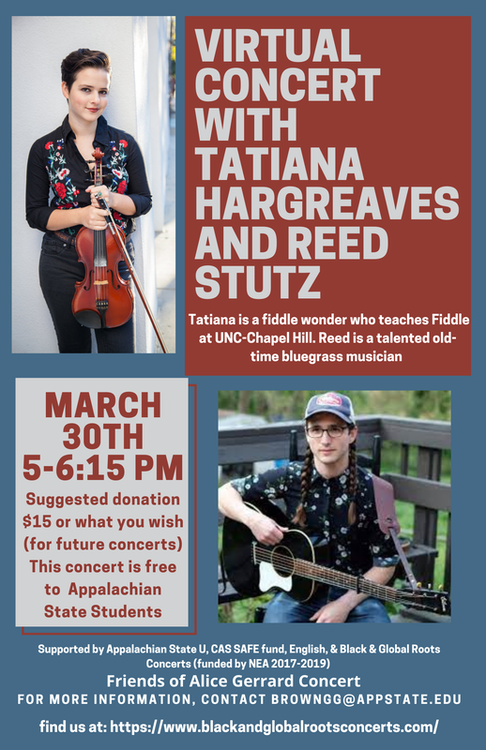 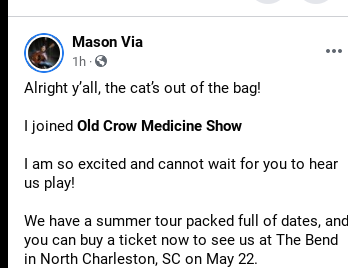 Along with his American Idol competition , Mason has joined the Old Crow Medicine Show! He will be performing with them on tour this summer.
Friday December 4, 8pm Cat's Cradle 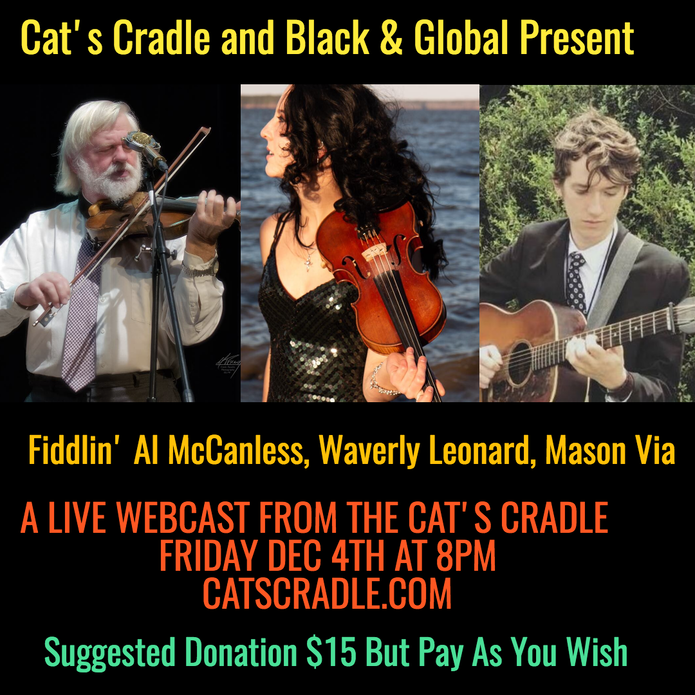 Mason Via is currently competing on American Idol! See the musicians tab under media for more information.

With the help of folklorist Cece Conway, we're excited to present a solo fiddle performance from Ben Paley (son of Tom Paley of the New Lost City Ramblers) who is visiting the club from the UK for the first time. We're also glad to welcome our good buddy and man of legend Fiddlin' Al McCanless who, along with his friends will kick things off with an opening set.

Born in London, Ben Paley was surrounded by traditional music from the outset: his father (Tom Paley, one of the great figures of the American folk revival), mother (singer Claudia Gould) and step-father (Ron Gould, writer on jazz, country and folk music) were all enormous influences.

​Sponsored by Black and Global Roots Concerts: Appalachian State University, (08/01/17-7/31/2019) National Endowment for the Arts, and our hosts and listeners. 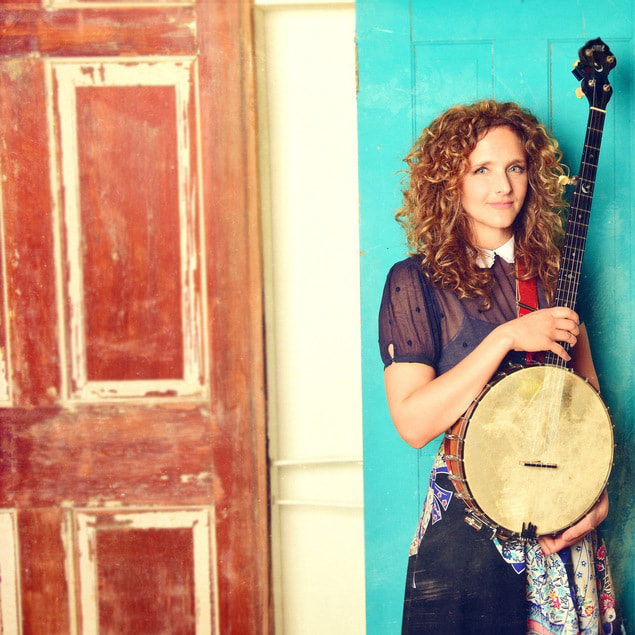 Abigail Washburn is a Grammy award-winning singer, songwriter and clawhammer banjo-player based in Nashville, TN. Pursuing her fascination with Chinese language and culture, Abigail has regularly toured China for over 20 years, including a month­-long tour of China's Silk Road supported by grants from the US Embassy, Beijing. Abigail’s musical projects range from her string band, Uncle Earl, to her bilingual releases Song of the Traveling Daughter (2005), City of Refuge (2011), to the mind­-bending “chamber roots” sound of the Sparrow Quartet (featuring Béla Fleck, Casey Driessen and Ben Sollee), to Afterquake, her fundraiser album for Sichuan earthquake victims. Washburn’s most recent record with her husband, Béla Fleck, won a 2016 Grammy for Best Folk Album and she was a featured collaborator on Yo-Yo Ma & the Silk Road Ensemble’s 2017 Grammy-winning record, Sing Me Home. Washburn’s upcoming album is a collaboration with Wu Fei, a composer, singer and virtuoso of the guzheng, the ancient 21-string Chinese zither. Celebrating their bicultural sisterhood, Washburn & Wu's banjo-zither duo seamlessly weaves together traditional Appalachian and Chinese folk tunes, with vocals in both English and Mandarin (to be released Spring 2020, Smithsonian Folkways).

In addition to her musical career, Abigail is a TED Fellow and gave a talk at the 2012 TED Convention in Long Beach titled “Building US-China Relations…by Banjo” where she told her true personal story of shifting from becoming a lawyer in Beijing, to a life-long pursuit of musical bridging. NPR voted Abigail's 2012 commencement speech at her alma mater, Colorado College, as one of the best 300 in US history. In March of 2013, Washburn was commissioned by New York Voices and the NY Public Theater to write and debut a theatrical work, Post­-American Girl, which drew from her then 17­-year relationship with China and addressed themes of expanding identity, cultural relativism, pilgrimage, and the universal appeal of music. Abigail is currently a DisTIL Fellow at UNC Chapel Hill, and the first US-China Fellow at Vanderbilt University. Abigail’s efforts to share US music in China and Chinese music in the US exist within a hope of bridging hearts and minds through cross-cultural collaboration, and the universal language of music.

Blues singer Eleanor Ellis
"More than copying one artist or another, Ellis distills the elements of the originals and transmits them, intact, in her own expressive way...beautifully sung and thoroughly believable."
Bob Burtman, WHUP FM, Hillsborough, N.C.

Sponsors: Appalachian State U, Our Town, Carrboro, National Endowment for the Arts 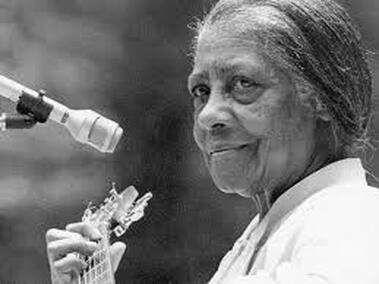 “Claudine Langille can really cook on mando-lin and flat picked tenor banjo, and her lead and harmony vocals were a highlight.” – Boston Globe. Claudine is best known for playing with Touchstone, Triona NiDhomhnaill’s highly ac-claimed Irish-Appalachian fusion band based in Chapel Hill, North Carolina in the 80’s. Triona just won an all-Ireland traditional award; she is one of her country’s most influential vocalists. Touchstone recorded two award-winning albums on Green Linnet, The New Land and Jealousy. The title track, “Jealousy,” was written by Claudine: it’s a powerful song which has been recorded by other groups and continues to be played internationally. “The band’s prime asset must be Claudine Langille-surely one of the great voices in folk.”- Leicester Mercury, England.

Fiddlin Al McCanless is one of the most versatile fiddlers on the North Carolina music scene who plays old time, bluegrass, and now intense Irish music. A founding member of the New Deal String Band, he often plays with friend and incredible vocalist Leroy Savage. Al spent years as fiddler for the Bluegrass Experience, and they won the World Champion Bluegrass prize at the Union Grove Old Time Fiddlers Convention in l972. Al appeared on the Folkways Records, “The Red Clay Ramblers with Fiddlin’ Al McCanless”, as well as recordings by the Bluegrass Experience, his Irish Band Celtic Jam, Contentment Is Wealth, Mike Cross and Alice Gerrard. He now fiddles with the Bluegrass Band Hindsight, The Merry Gadflies, Stellar Bluegrass with Leroy, Jim Watson, NC Heritage Fellow Tony Williamson, Tommy Goldsmith, and the Irish group Claudine and the Lads. Al spent many years as a part time pharmacist around Star, NC. He divides his time being a fiddler, potter, and banjo maker.

Colin Shoemaker took up fife as a child accompanying his father to Revolutionary War reenactments. He developed a passion for all varieties of Celtic music and became a virtuoso whistle and flute player with forays into Breton bombarde. His repertoire spans everything from Medieval to modern Celtic. He combines incredible speed with flawless execution which creates a breathtaking experience.

Bob Vasile is a guitarist and virtuoso bouzouki player, steeped in Irish tradition but able to explore many other traditions woven together in his own compositions. Until recently, he was part of the Pratie Heads, a duo with Jane Peppler. According to Steve Winick in Dirty Linen, they “created some of the best Celtic, English, and early American folk music available in recorded form.” Bob has taught guitar at the Augusta Heritage Irish Week and won a signed Wayne Henderson guitar at his 1996 Music Festival and Guitar Competition. During the 90s, Bob joined forces with Freyda Epstein and Ralph Gordon in the group Acoustic AttaTude and toured with Bela Fleck and the Flecktones.

​Will McCanless took up guitar when he was six years old and started backing up his dad, Fiddlin’ Al, at fiddlers conventions. He began playing Celtic music while still a teenager and a week at the Augusta Heritage Celtic week with lessons on DADGAD guitar and cittern with Zan McLeod got him hooked on Celtic music. After majoring in Classical guitar in college he came back to the family pottery business and now operates McCanless Pottery Gallery in Seagrove, NC. Will’s hard driving guitar, tenor banjo and cittern give Fiddling Al and the Lads their unique sound.

ME and WILL
Rebecca Newton cut her musical teeth on show tunes and vaudeville as a young child in the late 50s and early 60s. Her first LP was a 78, which her Grandmother bought for her after a birthday dinner in Seattle, Wa. at 'Steve's Gay 90s.' At the age of 4, she witnessed Barber Shop Quartets of banjo and ukulele-playing, pinstriped suit-wearing men with straw hats singing impeccable harmonies. The record was a 78rpm of Sophie Tucker, which Rebecca still owns.

Rebecca's music career began in 1975 with the band, "Mother Country" - a bluegrass, country band based in North Carolina. In 1978 she played in a 4-piece swing band (un-creatively) named "Rebecca & Friends." Mid 1981 she and co-writer Keith Guile put together "Rebecca & the Hi-Tones," a North Carolina institution for 30+ years. The Hi-Tones were a 7-piece swing/jazz/r&b band containing the "core four" members from 1981.

Rebecca has been commissioned by National Public Radio to write and produce feature music for "All Things Considered," and was mentored by many great musicians including Tony Award winning playwright Jim Wann (Diamond Studs, Pump Boys & Dinettes). Rebecca composed the music for "Napoleon's China ©", a play with music, which premiered at Salt Lake Acting Co. in 1995 and also composed the book for the musical "At Home with Carson Taylor," by playwright Jon Courie.
Since 1987 Rebecca has performed as half the famous duo 'Pinky Wyoming and Duke LaCrosse', with Jim Watson, founding member of the 'Red Clay Ramblers' and current member of 'Watson, Craver, Hicks and Newberry" (also known as "The Law Firm"). 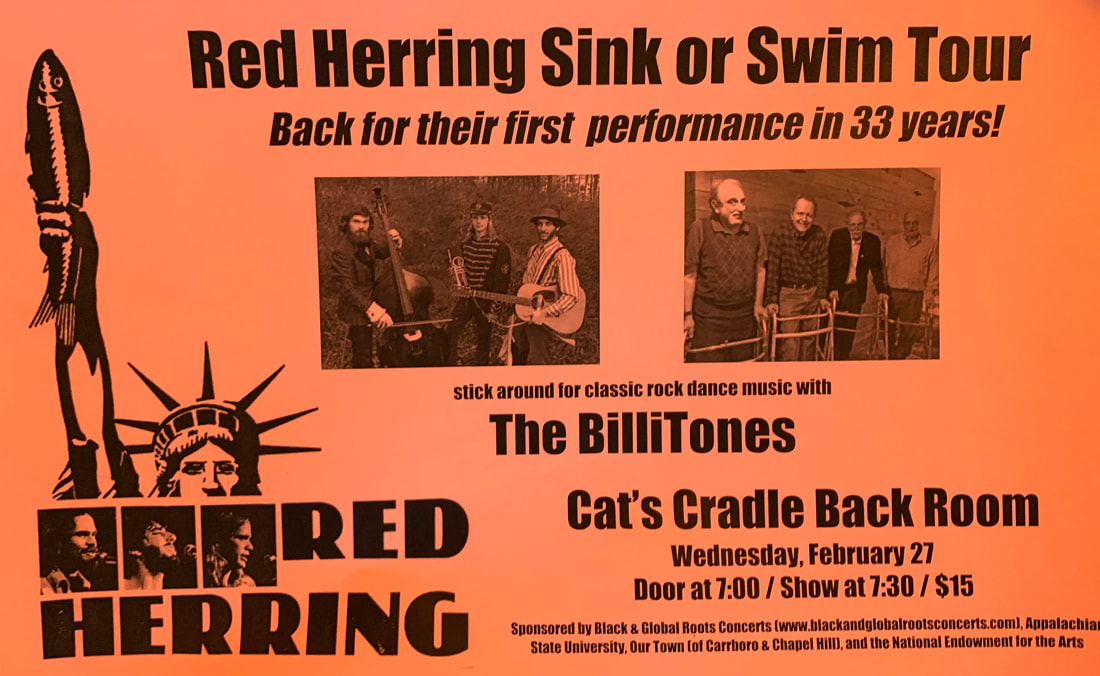 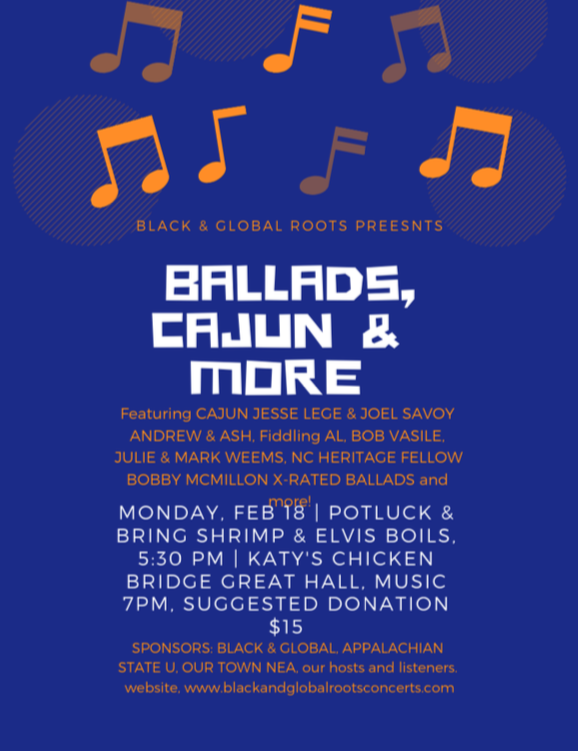 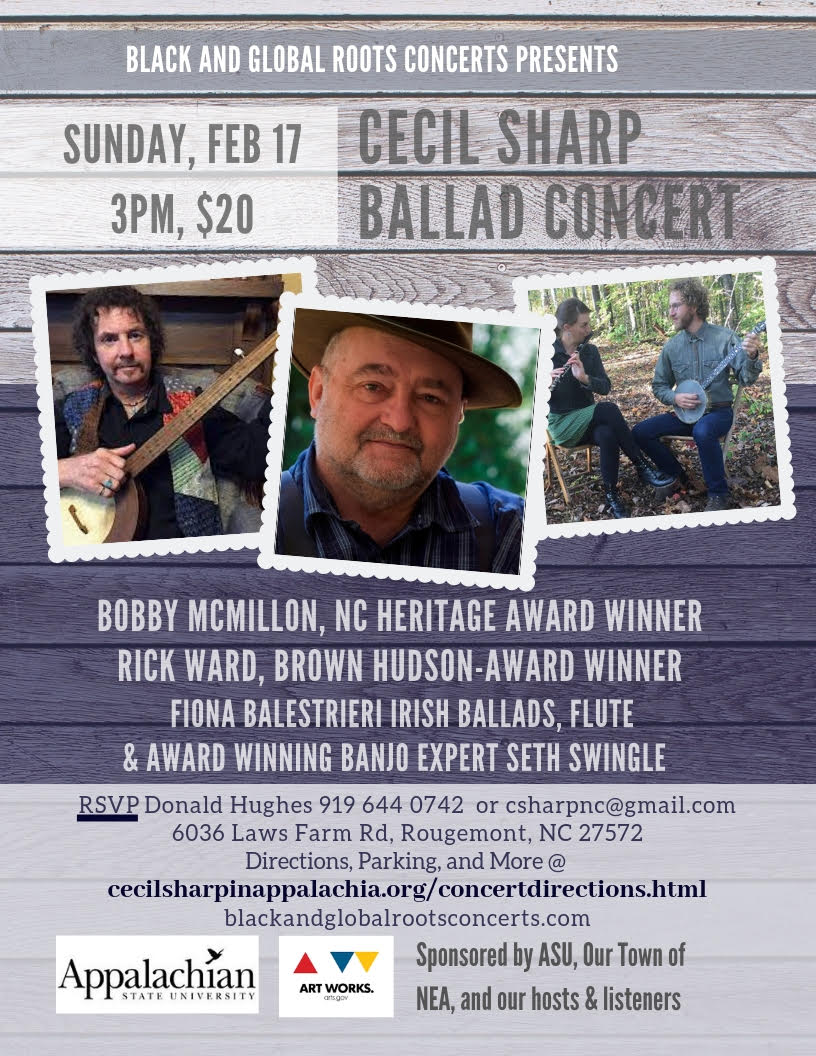 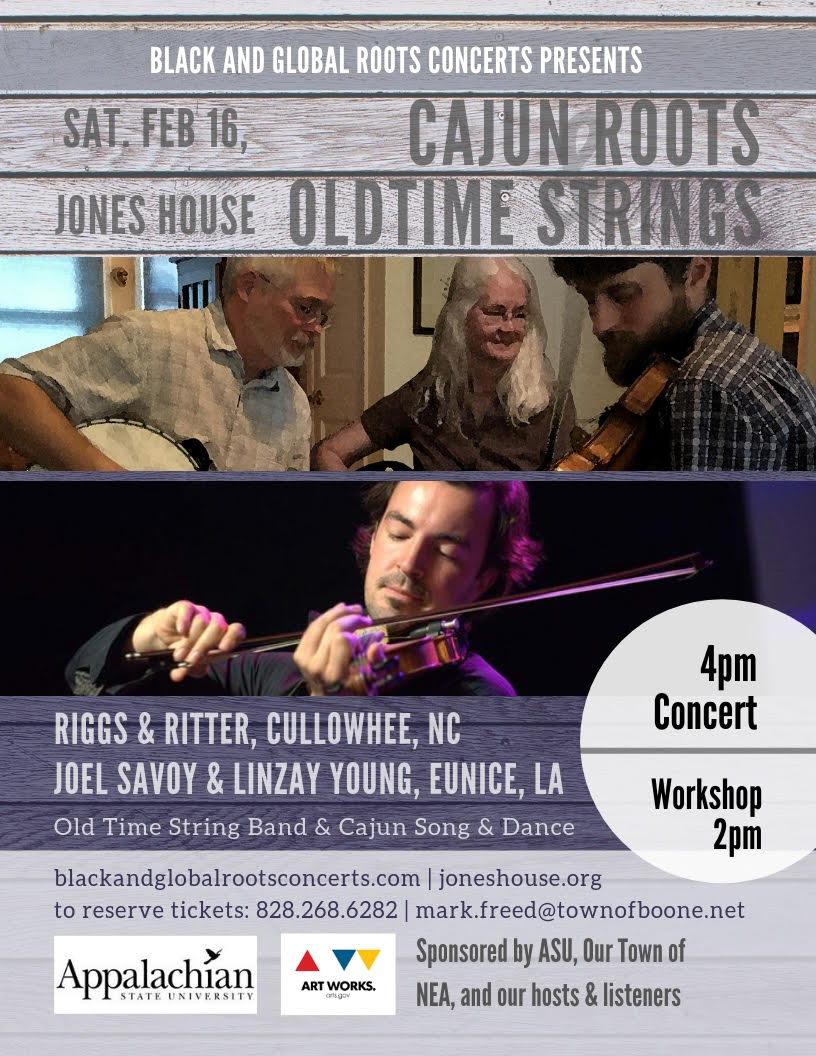 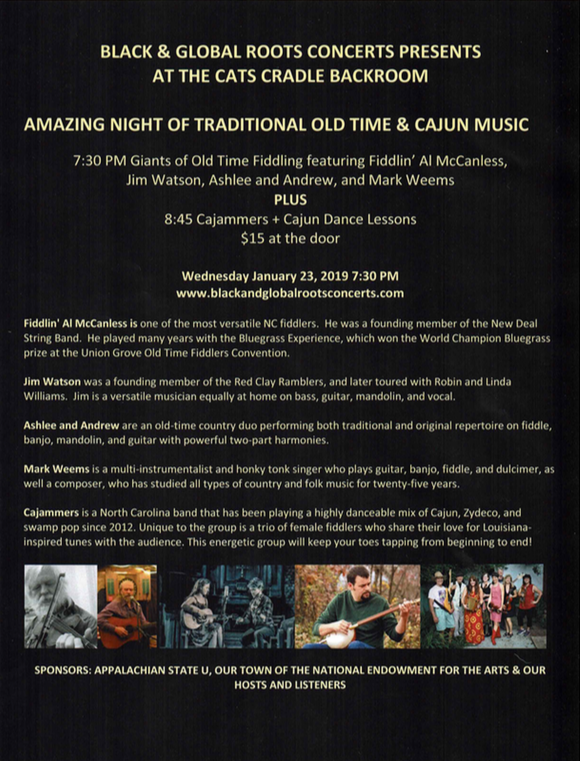 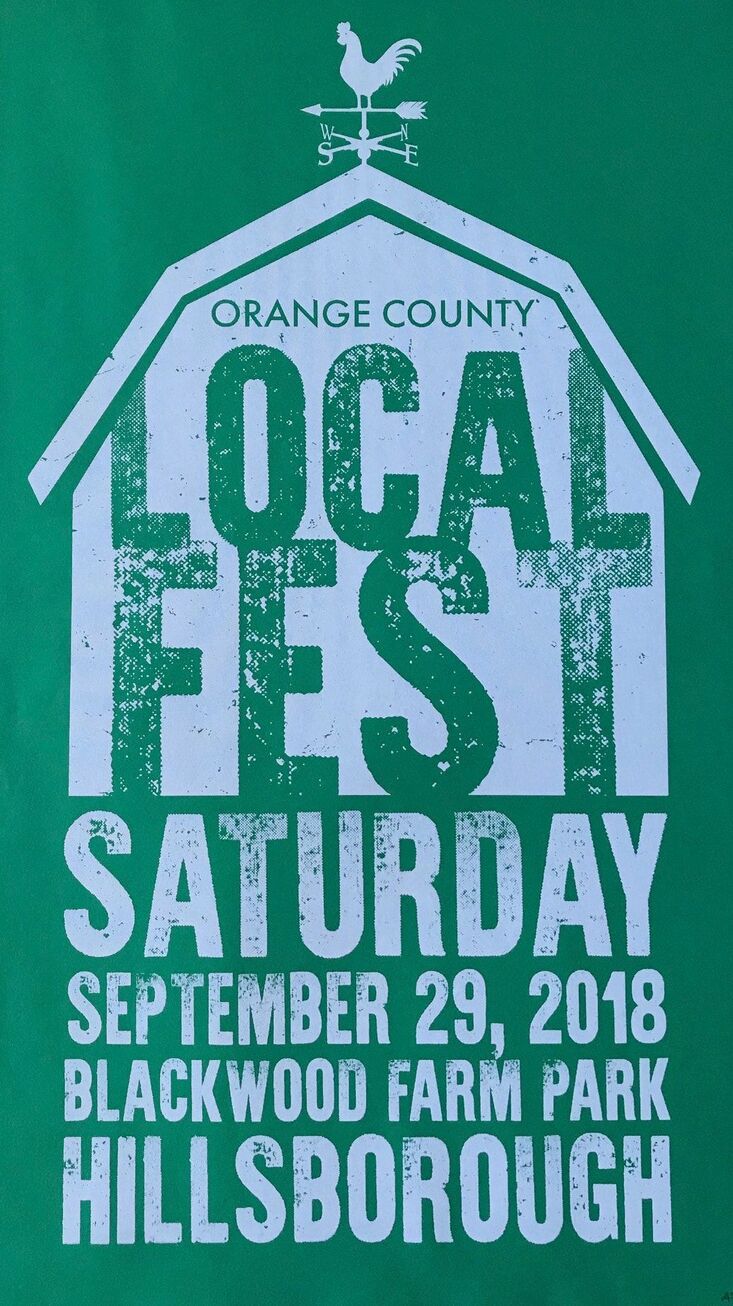 Sponsored by Black & Global Roots Concerts, Appalachian State University, Our Town (of Carrboro & Chapel Hill), and the National Endowment for the Arts 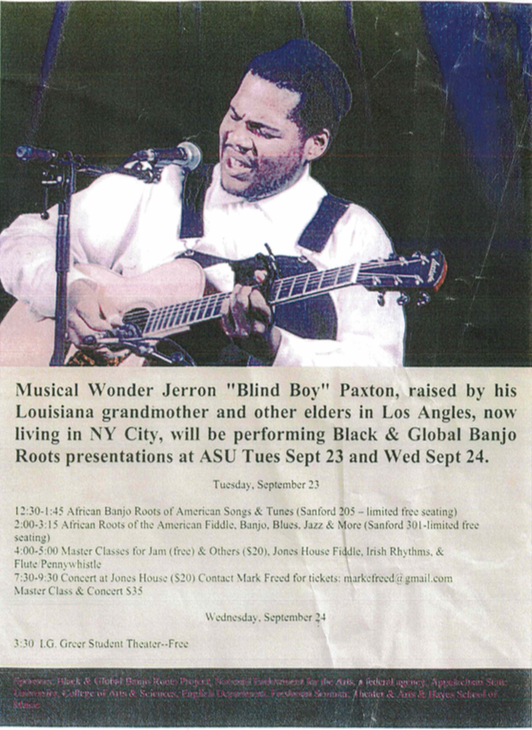 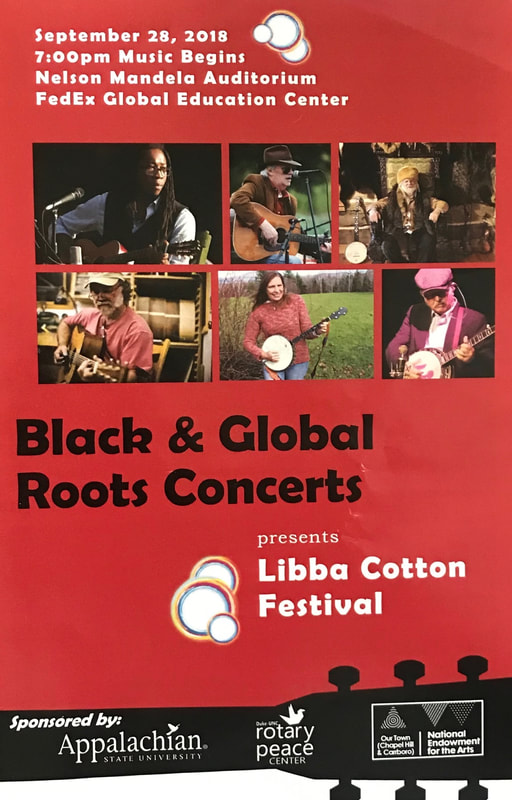 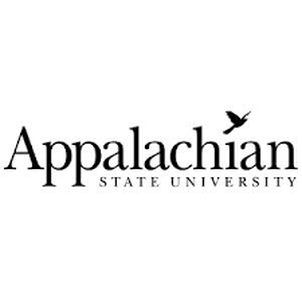 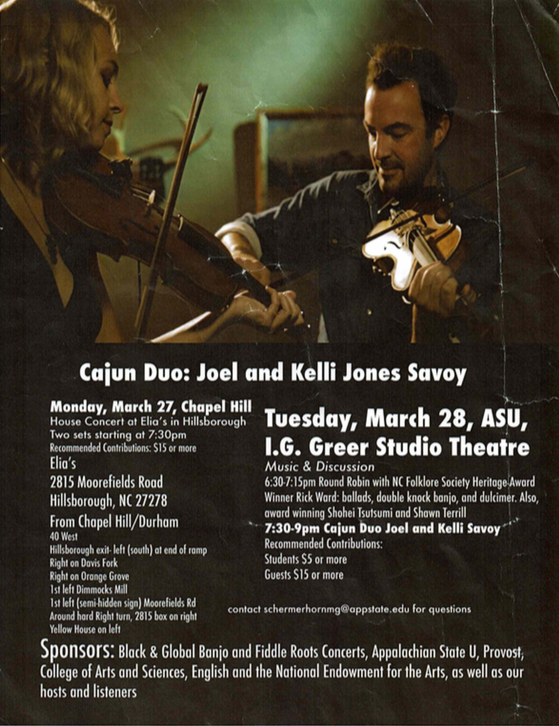 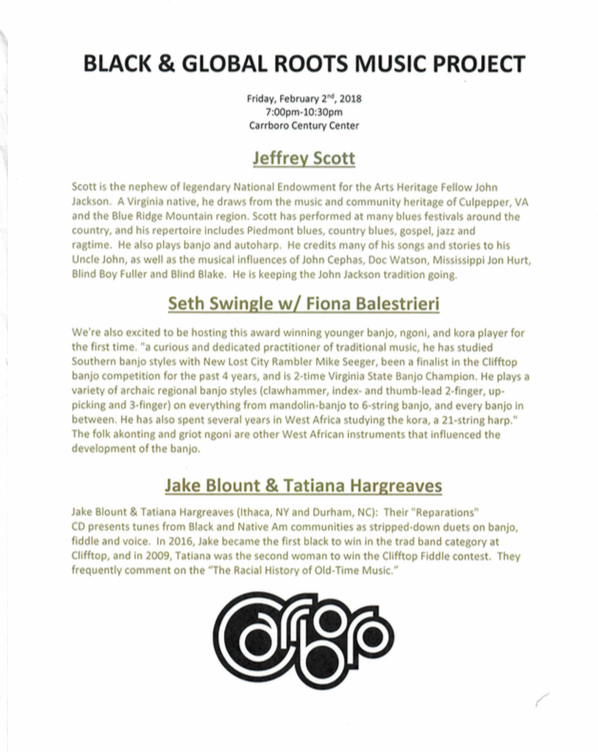 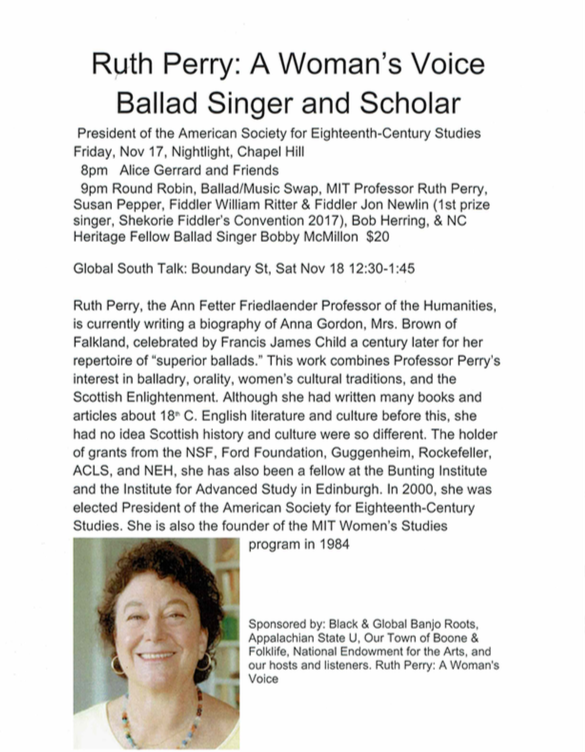 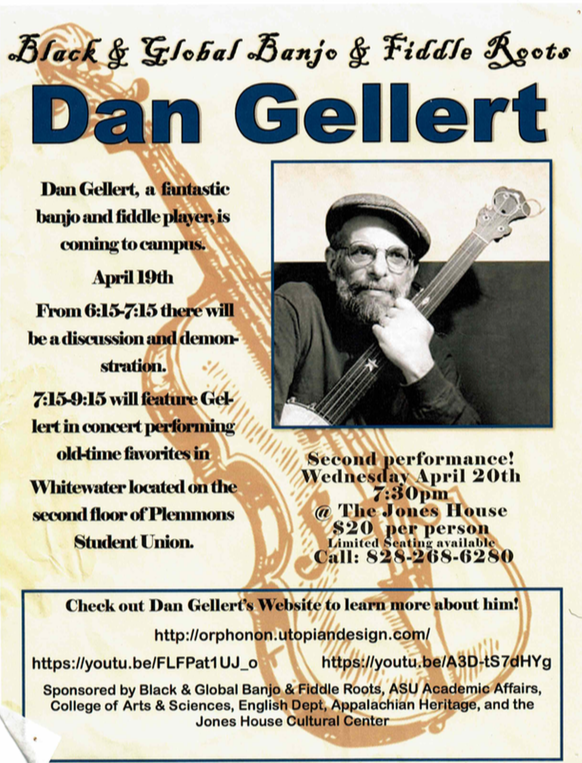 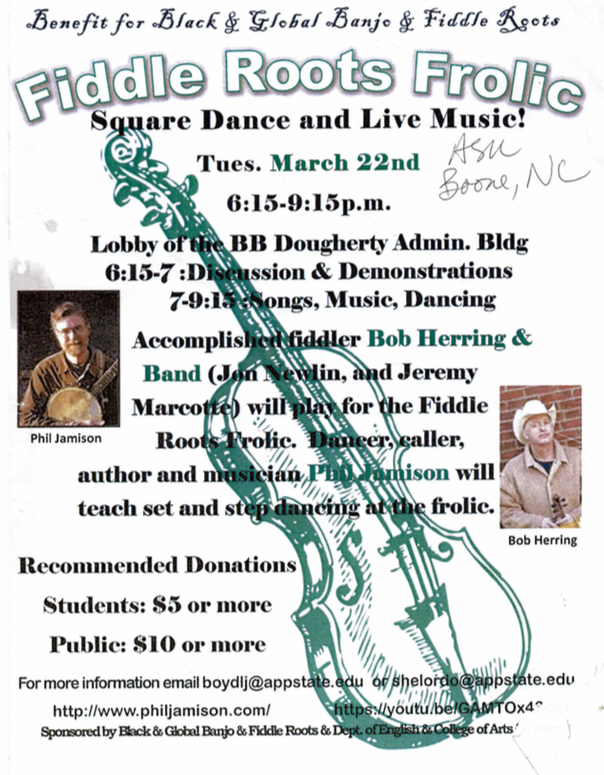